Derivatives: The $563-Trillion Reason to Look at Gold

Interest rates in the U.S. economy have been remarkably low since 2007. We’re now hearing many analysts and pundits suggesting they will rise sometime this year. Unfortunately, there isn’t an exact time given, but when we look to the Federal Reserve, it seems very adamant about it, too.

If the Federal Reserve does go ahead with an interest rate increase, there will be major consequences. (And this will only lead to good news for gold and gold-related investments. But more on that and the $563-trillion threat that’s positive for gold shortly…)

Looking at the bond market, it doesn’t look like its ready for a hike in interest rates. In fact, it is doing the complete opposite—bond yields are declining, suggesting interest rates will remain low or go down even further. Please look at the chart of the U.S. 30-year bond yield below. 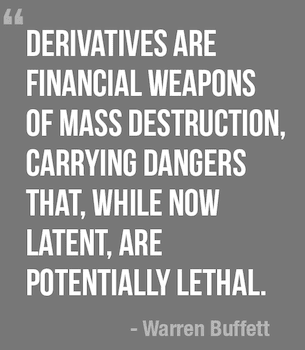