Did you know that the number of publicly traded companies declaring bankruptcy has reached a five year high?  And did you know that Chinese exports are absolutely collapsing and that Chinese economic growth in 2014 was the weakest in over 20 years?  Even though things may seem to be okay on the surface for the global economy at the moment, that does not mean that big trouble is not percolating just under the surface.  On Wednesday, investors cheered as stocks soared to new highs, but almost all of the economic news coming in from around the planet has been bad.  The credit rating on Greek debt has been slashed again, global economic trade is really slowing down, and many of the exact same financial patterns that we saw just before the crash of 2008 are repeating once again.  All of this reminds me of the months leading up to the implosion of Lehman Brothers.  Most people were feeling really good about things, but huge trouble was brewing just underneath the surface.  Finally, one day we learned that Lehman Brothers had “suddenly” collapsed, and then all hell broke loose. 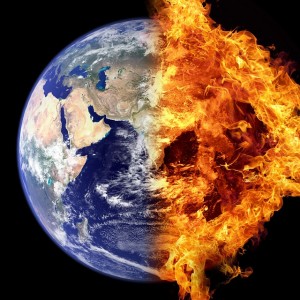